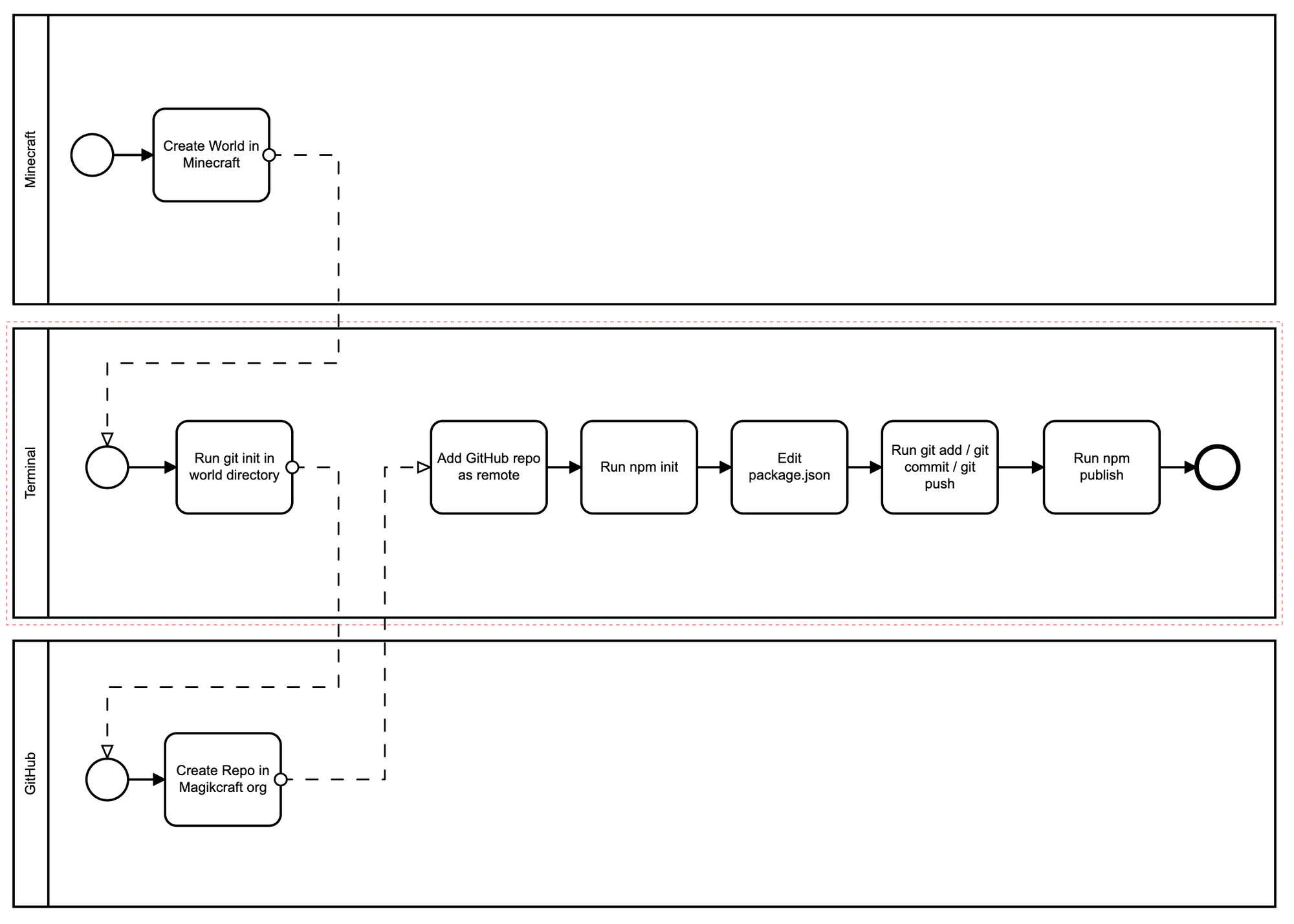 The entire process is illustrated in the following process diagram, and step-by-step instructions are given below.

This generates a package.json file, which allows the world to be managed by npm.

The @magikcraft-world part makes it easy to find world packages in our registry, and prevents you from accidentally publishing it to the public npm repository. The .template part signals to our Multiverse code to refresh the world when players quit, so that it never gets damaged. This is the name when the world is installed from a package.

This allows you to publish the package to our registry, and prevents it from being published to the public npm repository.

Connect your Minecraft username to Magikcraft

With Magikcraft, you can write JavaScript code in your web browser at play.magikcraft.io,

Learn to code JavaScript in Minecraft, using only your web browser!